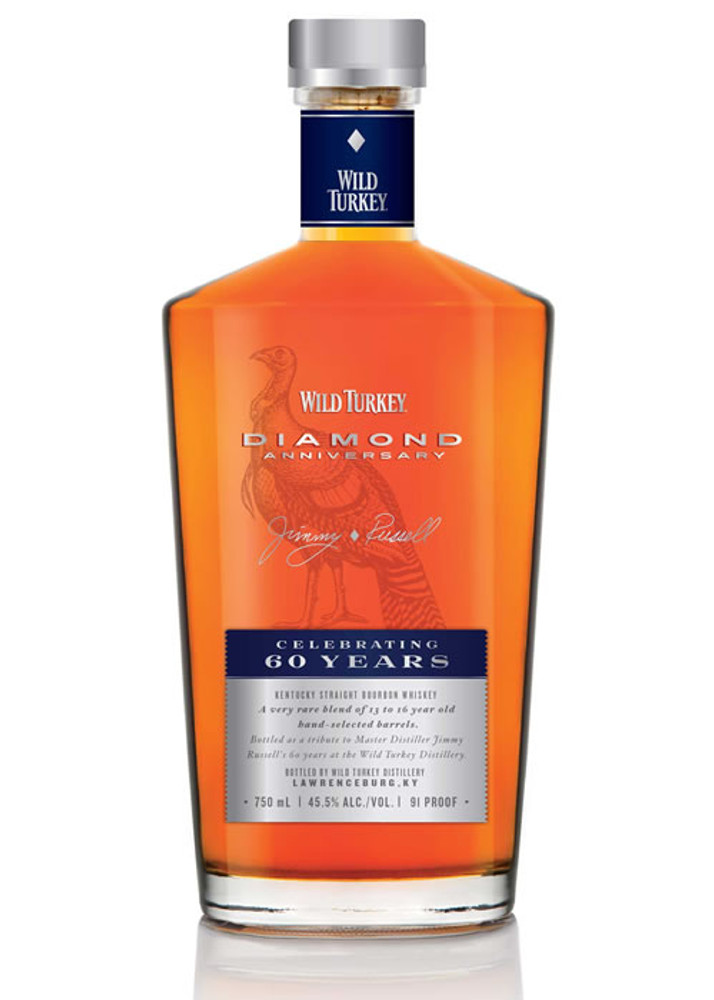 Wild Turkey recently released Diamond Anniversary, a Bourbon to honor the 60 years of service that their Master Distiller Jimmy Russell has given the brand.  In 1954, Russell started working at the distillery and learned the distilling trade under the tutorage of Bourbon legends Bill Hughes and Ernest W. Ripy.

His son and Master Distiller, Eddie Russell, selected the 13-16 year-old barrels that were used to produce Diamond Anniversary.

Tried it, liked it, but not sure I love it yet. I'm going to give a few more tries b4 I definitely decide....