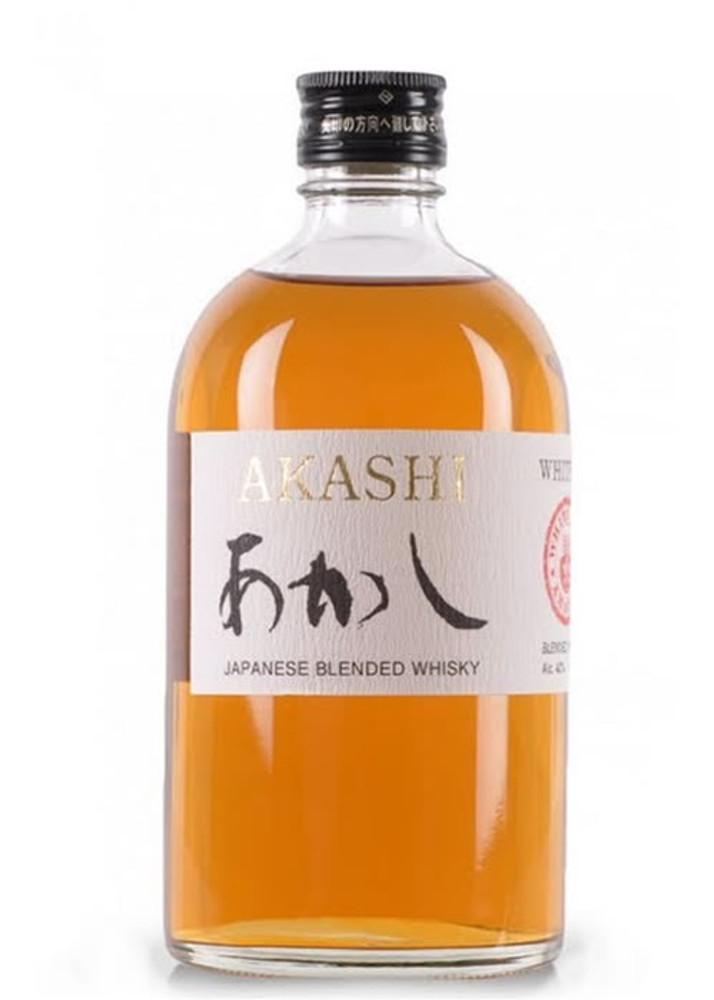 Originally a sake producer, the White Oak distillery obtained their whisky license in 1919. The distillery is located in the city of Akashi in the neighborhood of Eigashima on the shore of Seto inland sea just west of Kobe, an area with a mild, stable climate.

5 based on 3 reviews. Leave a Review.

This reminds me more of an easy drinking Irish Whiskey than a complex and challenging Scotch, although it does have more interest than say Jameson or Bushmills. And it's definitely by far the best whiskey in this price range.

Smooth, light, velvety. A good sipping whisky for those who like scotch but do not like the smokiness. I was surprised that this was whisky and not scotch. It's very good value for the price.

I prefer Japanese Whisky that is more scotch-like in taste, as opposed to bourbon tasting Japanese Whiskys. This one is definitely more on the scotch side, but also slightly resembles bourbon as well. It has prominent vanilla notes and a smooth finish. It's a nice Whisky in general, but I prefer Suntory's Hibiki Harmony over this one.