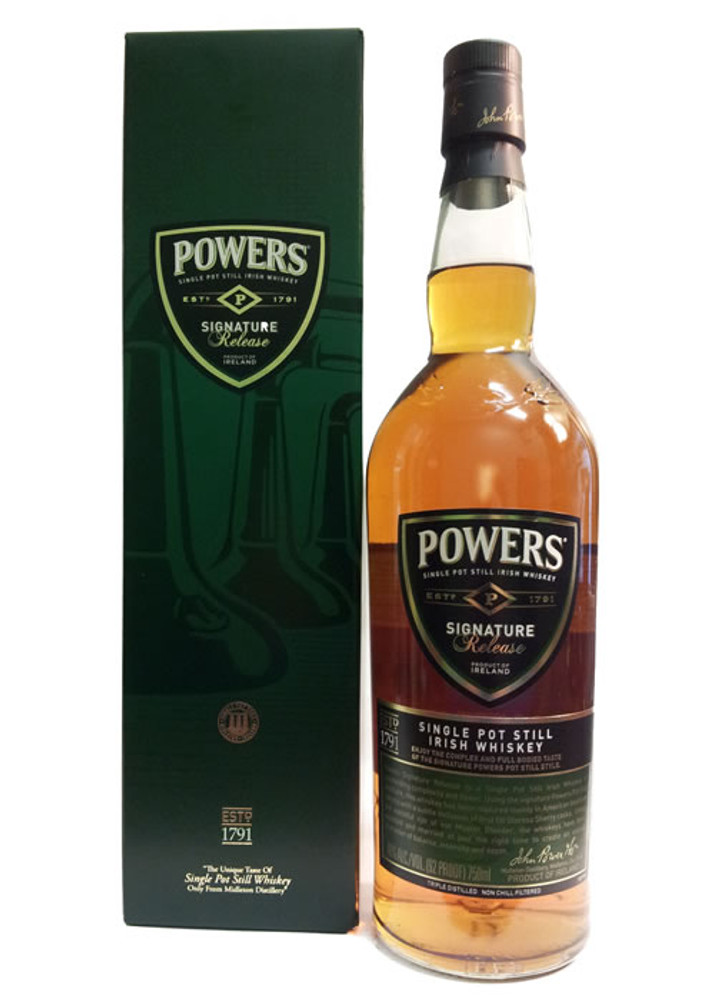 "Powers Signature Release is a Single Pot Still Irish whiskey of outstanding complexity and flavor. Using the signature Powers Pot Still distillate, this whiskey has been matured mainly in American oak barrels with a subtle inclusion of first fill Oloroso Sherry casks. Under the watchful eye of our Master Blender, the whiskeys have been selected and married at just the right time to create an overall character of balance, intensity and depth.