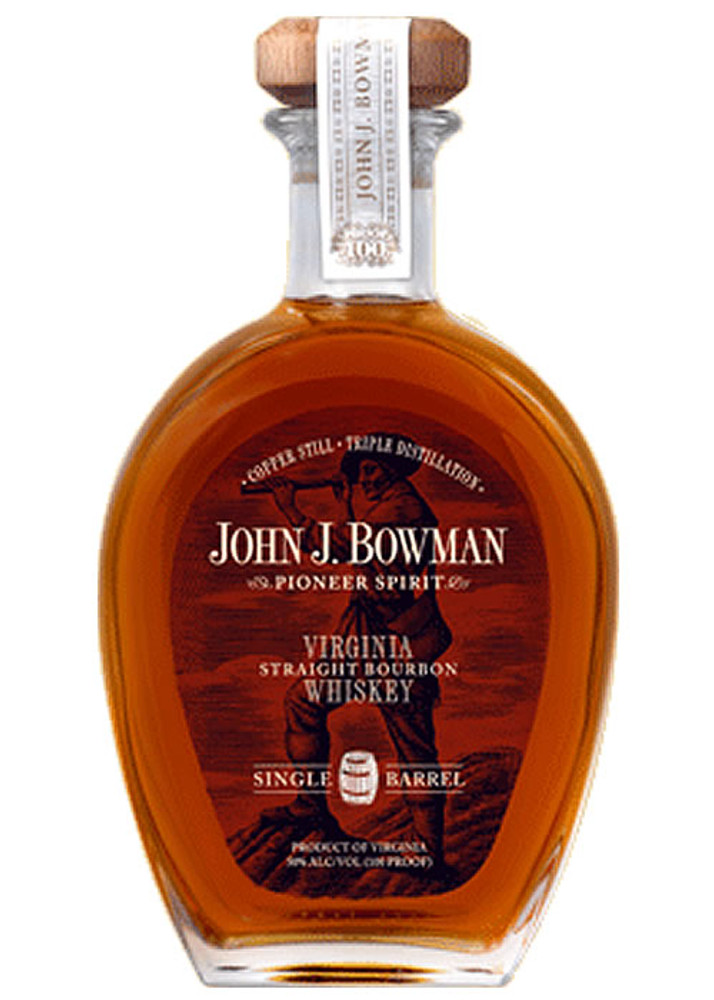 "Early pioneer Colonel John J. Bowman first explored Kentucky in 1775. Four years later he moved his family to Lincoln County where they were among the earliest settlers of Kentucky. He presided over Kentucky's first county court and was also appointed the first military commander and governor of Kentucky County. He was the great, great uncle of Abram Bowman, founder of Virginia's A. Smith Bowman Distillery. This single barrel bourbon whiskey commemorates the early American pioneer John J. Bowman." -Producer

"This bourbon whiskey has been hand selected from some of the oldest barrels in our warehouse. Each barrel rests years on end while Virginia's moderate, but ever-changing climate extracts the complex flavors from the oak and mellows the whiskey. When the time is right, these prime barrels are hand-bottled with care. This single barrel bourbon is 100 proof, but still smooth as the fall breeze. Its fragrant nose is followed by hints of toffee, leather, figs and almonds with a long dry finish. Drink straight or over ice." -Producer