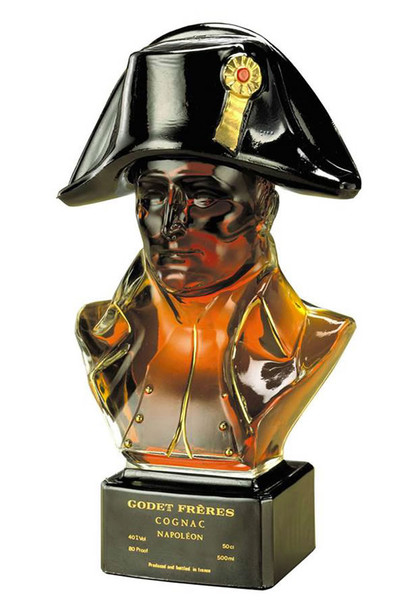 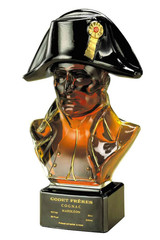 Cognac is a variety of distilled brandy named after the town of Cognac in France. It is produced in the wine-growing region surrounding the town from which it takes its name, in the French Departements of Charente and Charente-Maritime. The bottle is shaped like Napoleon. The house of Godet has been run by the family for 14 generations. It is a perfect example of a cognac house that deeply believes in the tradition of this spirit and its origins. At the same time, Godet manages to move with modern times, having recently created a cognac from a grape that is almost extinct in the cognac industry: Folle Blache. This cognac is called "Antarctica Godet" and was inspired by a 2-month sailing trip to the South Pole.--BestbuyLiquors.com

MSRP:
$199.99
Casino Azul Ultimate Decanter Tequila 750ML, Mexico This is a collector's item that features three separate sections, one section contains anejo, another reposado, and another blanco. Each section...
Unavailable