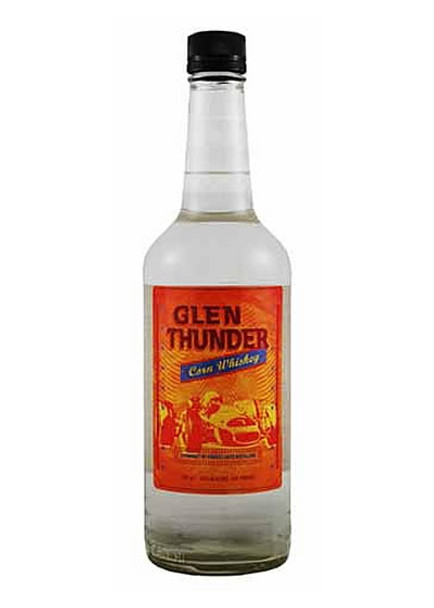 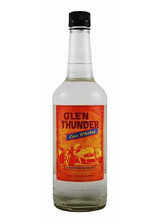 "Glen Thunder is a fine-tuned, true American corn whiskey, made to honor one of America’s greatest raceways, Watkins Glen. The mellow corn flavors give it the feel of a smooth ride, but don’t be fooled, because it’s still got plenty of horsepower. The aroma of this whiskey is reminiscent of pulling back the husk from an ear of sweet summer corn. Master Distiller Thomas Earl says: “This is an honest, true corn whiskey, made like they do it in the hills and hollers of South Alabama. It smells like Duncan Hines cake mix comin’ off the still. Yankees beware, put some south in yo mouth!”" -Producer

MSRP:
$6.49
Canadian Mist Canadian Whisky "Our Master Blender expertly combines our special recipe Grain and Rye Whiskies together, adding a touch of sherry from a neighboring vineyard for a delicate fruit note,...
Add to Cart

MSRP:
$19.99
Glen Thunder Corn Whisky "Glen Thunder is a fine-tuned, true American corn whiskey, made to honor one of America’s greatest raceways, Watkins Glen. The mellow corn flavors give it the feel of a...
Unavailable

MSRP:
$39.99
Hudson New York Corn Whiskey "HUDSON NEW YORK CORN WHISKEY is the true American spirit. It is distilled the old fashioned way, one batch at a time from 100% New York corn. No sugar is added. This...
Unavailable

MSRP:
$39.99
Balcones Baby Blue Corn Whisky 750ML A unique corn whisky made from atole, a roasted blue corn meal. We use this rich and nutty corn to produce a whisky that we hope will bring something new to the...
Add to Cart

MSRP:
$24.99
Right Gin "The grain base is corn, which lends an accessible sweetness while the finish is crisp and clean. The unique blend of botanicals is enhanced with a twist of orange, which brings up the...
Unavailable

MSRP:
$19.99
George Dickel White Corn Whiskey #1 "George Dickel No. 1 is the foundation where all of George Dickel’s handcrafted corn-based whiskies begin. Crafted in Tullahoma from the same mash bill as...
Unavailable

Koval
MSRP:
$29.99
Koval Organic Rye Vodka "Made from 100% rye and triple filtered. The grain is sourced from local farmers and we mill it on site for a complete grain to bottle product." 750ML
Add to Cart