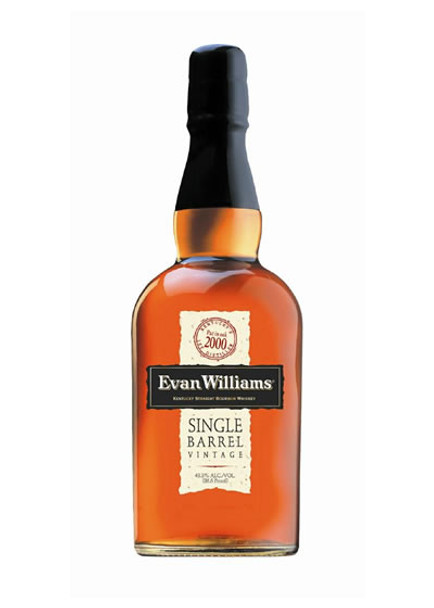 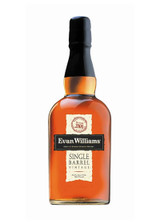 "Evan Williams Single Barrel Vintage Bourbon is a five-time Whiskey of the Year award winner. Each year our Master Distillers Parker and Craig Beam select barrels that meet their exacting standards. It’s a bourbon that is vintage dated, meaning each bottle is marked with the vintage date it was put into oak and the year it was bottled.

Named for the year Evan Williams first established his distillery in what is now Louisville, Kentucky, Evan Williams 1783 is a small batch Bourbon that is extra-aged and pulled from no more than 80 hand-selected barrels. This Small Batch Bourbon is full of flavor and has earned the “Highest Recommendation” from Wine Enthusiast Magazine." -Producer

$15.99
750ML
Evan Williams Bourbon Whiskey "Evan Williams is a smooth, easy to drink Bourbon named after Evan Williams who, in 1783, opened Kentucky’s first commercial distillery along the banks of the Ohio...
Add to Cart

$15.99
750ML
Evan Williams Honey Bourbon Whisky Infused With Real Honey 750ML "Smooth like Evan and sweet like Honey. That’s what you get when you mix Evan Williams Bourbon with natural honey flavor. The whole...
Add to Cart

750ML
George T. Stagg Bourbon 71.4% alcohol by volume (142,8 Proof) 96 points- Malt Advocate Another excellent Stagg, and considering its alcohol level, it’s also a good value if you can get it at...
Unavailable

$64.99
750ML
Elijah Craig 12 Year Barrel Proof Limited Edition It’s not big, out-sized and ballsy the way so many cask strength American whiskeys tend to be. Instead, it’s strength is in it’s...
Unavailable

Old Rip Van Winkle
750ML
Old Rip Van Winkle 107 Proof 750ML This wonderful bourbon is bottled as close to barrel proof as possible. We add just a splash of our Kentucky limestone well-water when we empty the barrels for...
Unavailable