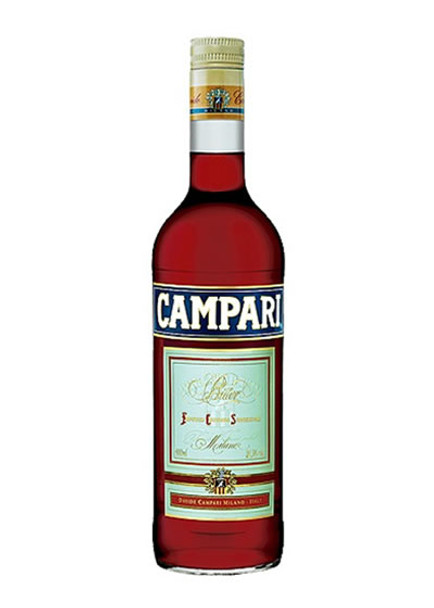 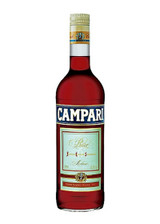 "A unique and unmistakable recipe has characterized Campari, the aperitif par excellence, for over 150 years. The inimitable Campari recipe, used as the basis of many cocktails served worldwide, has been kept the same since its inception and remained a closely guarded secret, passed down over the years. Campari was the result of Gaspare Campari’s experiments in concocting new beverages. It is still produced today with the same ingredients and following the confidential recipe which remains a secret known only to the very few people in charge of the production process. Campari is the result of the infusion of herbs, aromatic plants and fruit in alcohol and water; these last two being the recipe?s only known ingredients. Many have guessed simply at the number of ingredients: some say there are 20 or 60, but others list the ingredients at 80. Over time, appreciation and respect has grown for this historic and unique brand, which is now recognised and appreciated worldwide. The history of Campari began in Novara in 1860. About forty years later, Campari's first production plant was opened in Sesto San Giovanni and the company began to export the brand overseas. It was the beginning of a success story that today still has no sign of stopping." -Producer

$17.99
Iceberg Vodka ""There are two key elements for great vodka: clean, pure neutral spirit plus water. We are the only vodka to blend our Canadian triple distilled spirit with water that has been...
Unavailable

$29.99
Campari "is the result of the infusion of herbs, aromatic plants and fruit in alcohol and water." -Producer herbal liqueur 750ML, Italy
Add to Cart

$39.99
Cointreau Liqueur "From the first time you see the amber tinted bottle and crystal clear 80-proof spirit, you can see that Cointreau is a brand of passion. It inherits that from it’s avant-garde...
Add to Cart

$22.99
Campari Negroni 375ML Campari's high-quality, pre-mixed Negroni removes the hassle of making this iconic cocktail at home. The Negroni RTE is perfect any time you want a genuinely crafted classic...
Add to Cart

$29.99
Campari "is the result of the infusion of herbs, aromatic plants and fruit in alcohol and water." -Producer herbal liqueur 750ML, Italy
Add to Cart

$32.99
Fernet Branca "Its decisive tone is derived from the unique taste of its individual ingredients which results in an undeniable rich digestive bitter that finishes with a delicately spiced...
Add to Cart

$28.99
Cynar Artichoke "The artichoke liqueur known for its versatility and taste Cynar is an artichoke based bitter. Its distinctive flavour is enriched from an infusion of 13 herbs and plants, making it...
Add to Cart
Sale 38%

$39.99
$24.99
Calvaclub Calvados is an apple brandy with a lightl and fruity aroma. There is a soft sweetness in every sip and overall it is well balanced. The finish lasts several moments and leaves you wanting...
Add to Cart

$16.99
Calypso Spiced Rum "Calypso Spiced Rum is inspired by the story of Calypso, the Sea Nymph from Greek Mythology. Daughter of Atlas, Calypso roamed the islands in search of her next great lover. When...
Add to Cart

Luxardo
$36.99
Luxardo Maraschino Liqueur Luxardo Maraschino Originale is a classic, and the Luxardo family still produces this wonderful liqueur according to the original formula used by Girolamo Luxardo in 1821...
Add to Cart

$39.99
Amaro Montenegro Colour: Clear with warm amber hues that enchant at first glance. Aroma: Inense, authentic and full of delightful herb aromas that give it its unique and unmistakable character...
Add to Cart