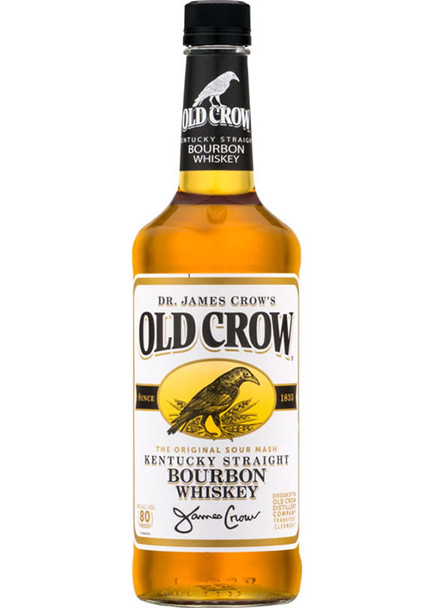 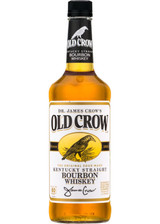 "Old Crow Bourbon is named for the inventor of the sour mash process, Dr. James C. Crow. In fact, in 1835 Old Crow bourbon was the first bourbon to begin using this process that today, has become a standard in the bourbon industry. Old Crow is the original sour mash bourbon.

Old Crow is one of the most historic bourbons. It was served in the presidential homes of Andrew Jackson, William Henry Harrison, and Ulysses S. Grant. Old Crow was enjoyed and praised by the likes of Walt Whitman, Daniel Webster, Henry Clay, Jack London and Mark Twain.

During the Civil War, regiments from both the North and the South frequently received rations of bourbon. Some historians like to argue that General U.S. Grant received more than his fair share, although his drinking has always been exaggerated. Legend has it that after the battle of Shiloh, in which the Union suffered staggering losses, Grant’s critics came out in legion and went to President Lincoln and demanded Grant’s head, charging that he lacked leadership and drank too much. Lincoln, always a Grant supporter, was reported to have said, “Find out what kind of whiskey he drinks, and send a barrel to my other generals.” Grant, of course, drank Old Crow." -Beam Suntory

$23.99
Old Fitzgerald 80 Proof Bourbon "The original Old Fitzgerald was introduced in 1870 and soon became an exclusive Bourbon of railroad and steamship barons and was uniquely suited to the culture of...
Unavailable

$22.99
Evan Williams Bourbon Whiskey "Evan Williams is a smooth, easy to drink Bourbon named after Evan Williams who, in 1783, opened Kentucky’s first commercial distillery along the banks of the...
Options
Sale 10%

Old Rip Van Winkle
Old Rip Van Winkle 107 Proof This wonderful bourbon is bottled as close to barrel proof as possible. We add just a splash of our Kentucky limestone well-water when we empty the barrels for bottling...
Unavailable

$19.99
Zackariah Harris Bourbon 1.75L Zackariah Harris is made in Kentucky, where bourbon is an art form and where generations respect the hard work and time honored-traditions that make it America’s...
Add to Cart
Sale 9%

$19.99
Old Grand Dad 80 Proof Bourbon Whiskey 750ML "Old Grand-Dad was a real person, which should not surprise you if you’ve read any of the words on this page. He was a distiller named Basil...
Add to Cart