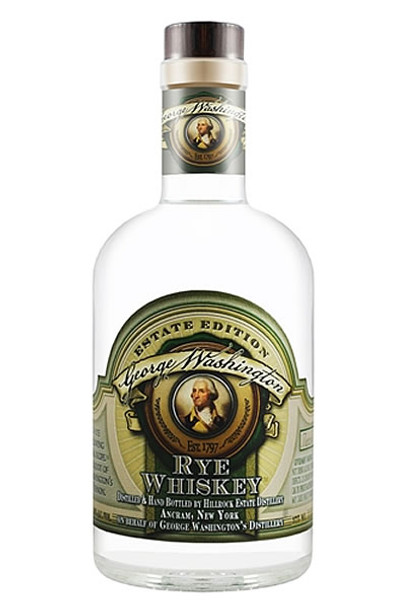 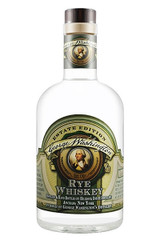 Located in the heart of the historic Hudson Valley, Hillrock Estate Distillery is proud to be one of the few "field-to-glass" whiskey producers in the world, as well as the first U.S. distillery since before Prohibition to floor malt and handcraft whiskey on site from estate-grown grain. Led by owner Jeffrey Baker and renowned Master Distiller Dave Pickerell, Hillrock's commitment to quality embodies the rich history of craft distilling in the Hudson Valley.

George Washington was not only the successful commanding general of the American Revolution and the first President of the United States, he was also responsible for creating one of the largest whiskey-making operations in 18th century America. Based on Washington's original whiskey recipe, Hillrock's George Washington Rye is an unaged spirit brimming with notes of fresh grain, peppery spice and a touch of dried herbs. Each bottle contains a portion of whiskey made on Washington's stills in the newly reconstructed distillery on the museum grounds in Mount Vernon, Virginia.

MSRP:
$26.99
George Dickel Rye "Is the only rye finished in the style that made George famous. We start with the finest rye whisky available, made from 95% rye and 5% malted barley. Then we finish it the Dickel...
Add to Cart

Hudson Do The Rye Thing 375ML

MSRP:
$16.99
Bulleit Rye 375ML Russet in color, with rich oaky aromas. The taste is exceptionally smooth, with hints of vanilla, honey, and spice. Finish is crisp and clean, with long, lingering flavors.90 proof...
Add to Cart

George T. Stagg Bourbon 71.4% alcohol by volume (142,8 Proof) 96 points- Malt Advocate Another excellent Stagg, and considering its alcohol level, it’s also a good value if you can get it at...
Unavailable