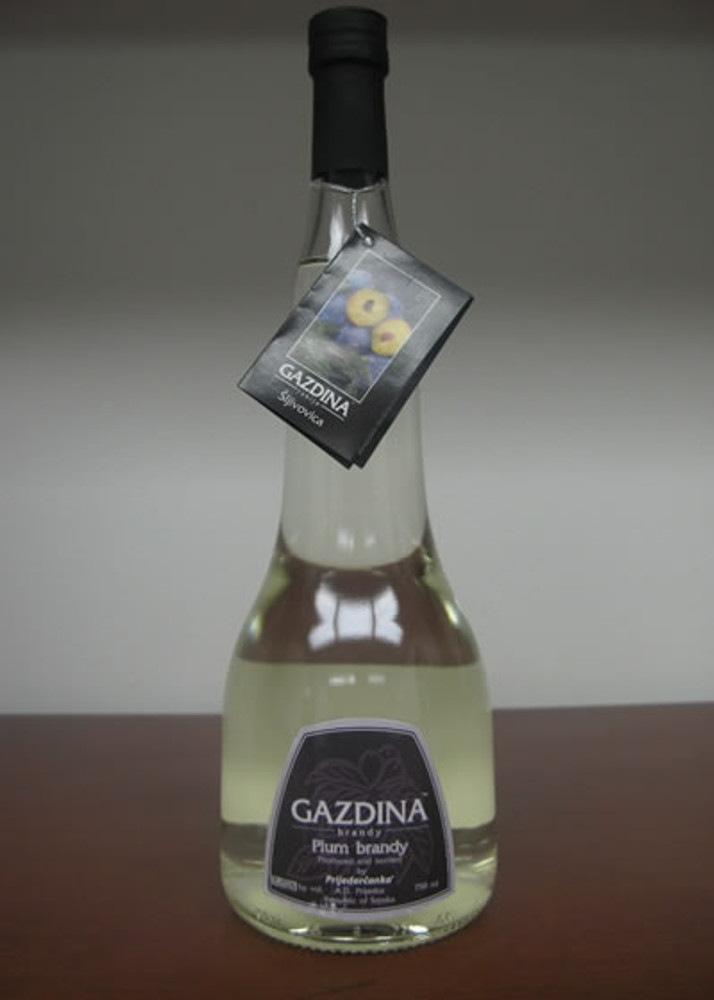 "is the most represented natural fruit brandy in this region. It i manufactured from the blue plum by the ancient recipe. It is created by a special way of manufacturing and conducting the process of fermentation and thu we manage to accomplish this recognizable flavour and irresistible taste of Slivovica from the colourful region of Potkozarje. We are proud that this brandy possesses originality and bears the stamp of tradition of the centuries as well as it is considered a national drink." -Producer

I first tasted Rakija in Croatia. They make it at home from plums they grow themselves. Then they took us to their old farm in Bosnia where they lived before the war. They have acres of plum trees and everyone makes it at home. It was the smoothest drink I have ever had. After coming back I have searched for plum brandy that even comes close. There is a LOT of it out there but it taste horrible. I found Gazdina in a Croatian community in Cleveland but could not get it here in Oklahoma. Liquor barn saved the day it was easy. I called and they answered the phone (imagine that) they checked their stock and I bought all they had. Ex was a real problem. Next time I will try UPS or pay extra for a different shipper but definitely will use liquor barn.