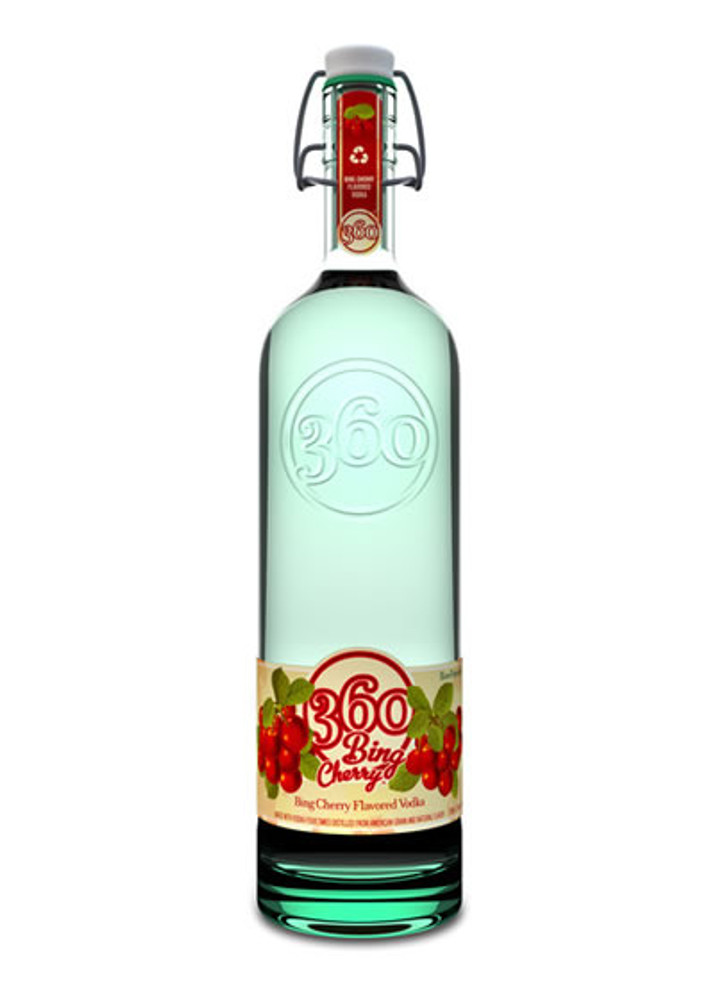 "Talk about life being a bowl of cherries. Introducing 360 vodka’s newest eco-friendly flavor – 360 Bing Cherry. Made from quadruple-distilled, five-times filtered vodka, this is a true American original. The deep-red Bing cherry has been an American classic since 1870, when it was first grown in Oregon. Today, juicy Bings are the most popular North American cherry. 360 Vodka salutes America’s heritage with the vibrantly fruit, smoothly sweet 360 Bing Cherry. In shots or mixed drinks, think of it as Bing…with a zing." -Producer